Only the best for you

First cut of the spade, topping-out ceremonies or solemn certifications. We’ll keep you posted. Join HEBERGER and find out what it means when we say “We do more”. This applies not only to our customers, but also to every single HEBERGER employee. Because community and trust are among our highest maxims.

Our latest articles will give you a glimpse of what we really do. Always be well informed and do not miss any events of the HEBERGER Group. Whether it’s the opening of a new construction site in Oman or the participation of HEBERGER cycling enthusiasts in a charity tour, you’ll find everything here.

You can also find our news at XING and LinkedIn. Follow us – it’s worth it! 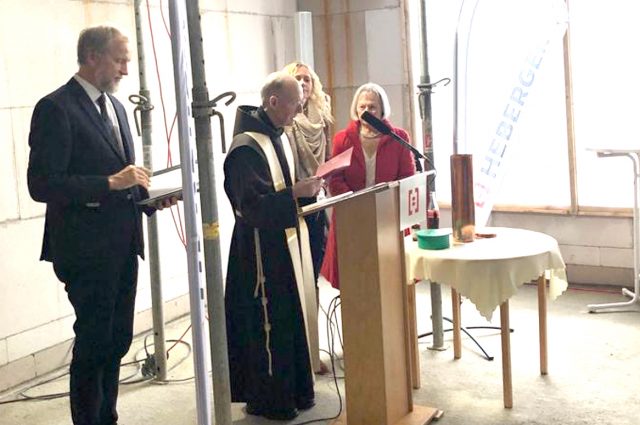 In November 2019 the time had come again – the laying of the foundation stone. This time in Großkrotzenburg during the turnkey new construction and extension of the Theresa nursing home. 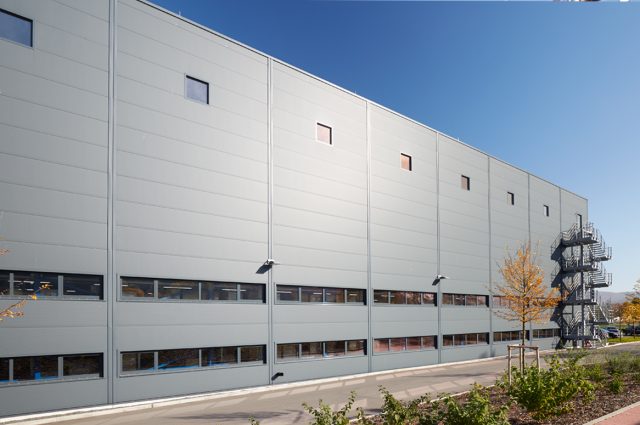 Review: 360 ° pictures of one of our logistics projects

For optimum packaging logistics, the company of our customer Kaiser required a state-of-the-art, multi-storey logistics hall and a representatives office building – both of which were implemented by HEBERGER on a turnkey basis. 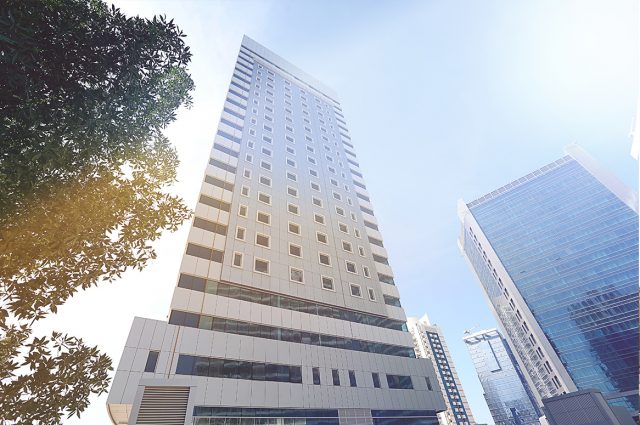 New construction, completion and handover of a 19-storey residential and commercial building in Abu Dhabi 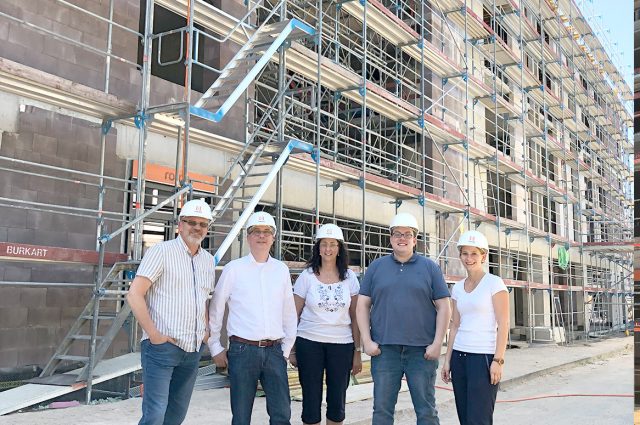 Residential and commercial construction in Höllenstein

The building project in Heidelberg comprises the implementation for the construction of 85 residential units with a total living space of approx. 5,705 m², a neighbourhood centre, a café, several medical practices and an underground car park with 56 parking spaces. 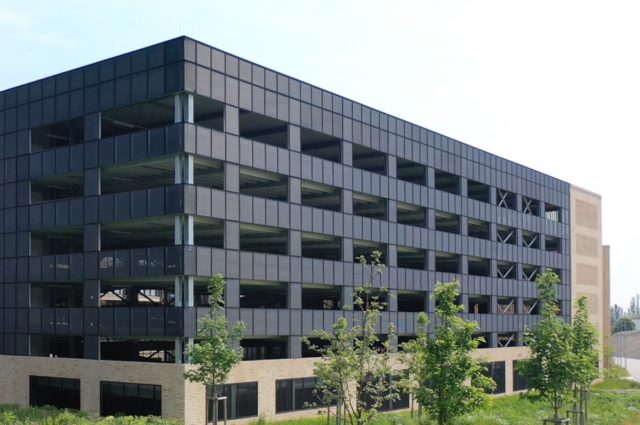 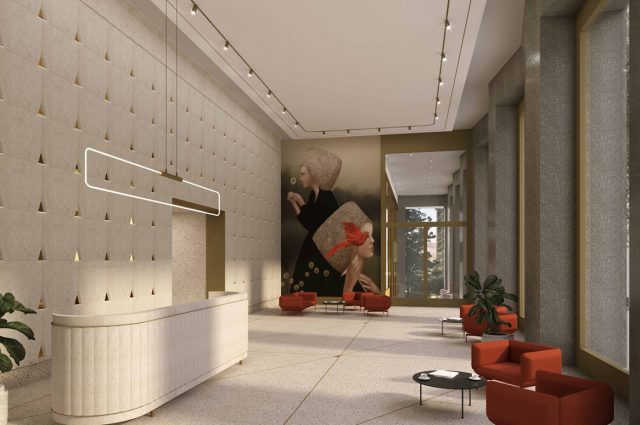 HEBERGER Romania was awarded the contract for the construction of an exceptionally high-quality office building in the heart of the large city of Bucharest. It is being built in an absolute top location in the Romanian capital.

New construction, completion and handover of a 19-storey residential and commercial building in Abu Dhabi. 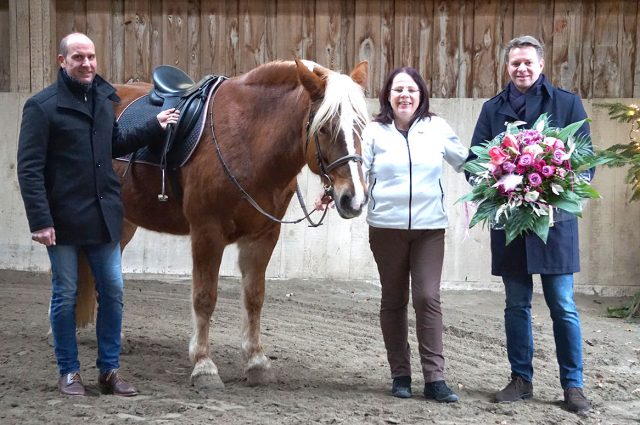 In order to make a contribution here, the management of the HEBERGER group decided to donate to the Reiterhilfe der Kinderhilfe e. V., from which a new saddle for the therapy horse Carla could be financed. 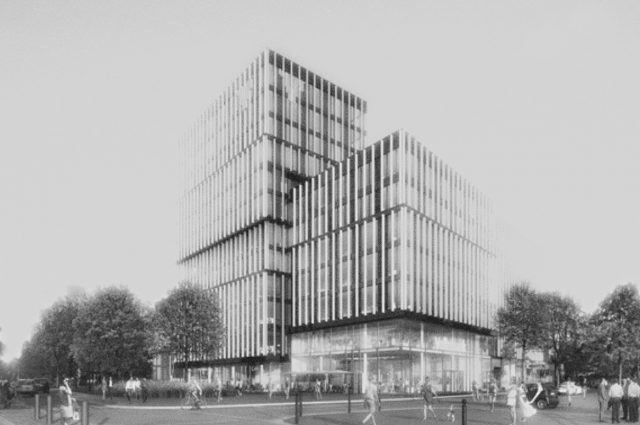 The SV Hotel company convinces as a quality-conscious company with a long tradition and social responsibility. It goes without saying that our HBS received the order to produce and deliver 132 prefabricated bathrooms. 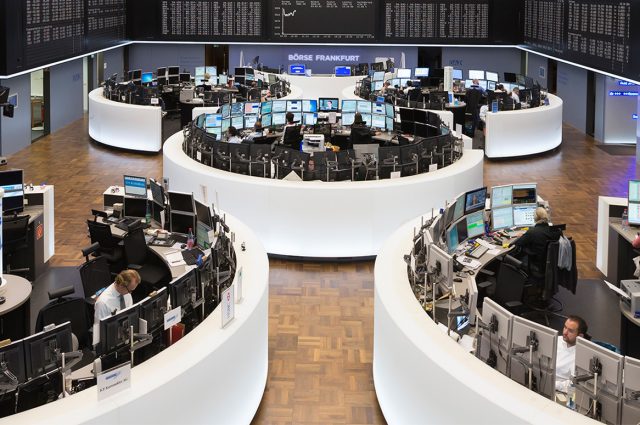 Look back: reconstruction part of the German stock market

The most obvious change on the newly laid, dark oak parquet was the new brokerage barrier. Five round and two semicircular barriers appear as uniformly shining bodies that can be played with different lighting moods. 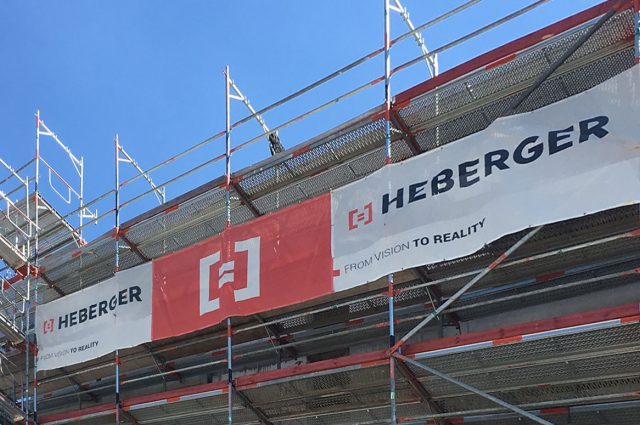 Completion of the first construction phase

In the immediate vicinity of the lively old town of Speyer, a young, modern residential area is emerging: cosmopolitan, creative, versatile, with play alleys, squares, public parks and a panoramic staircase. 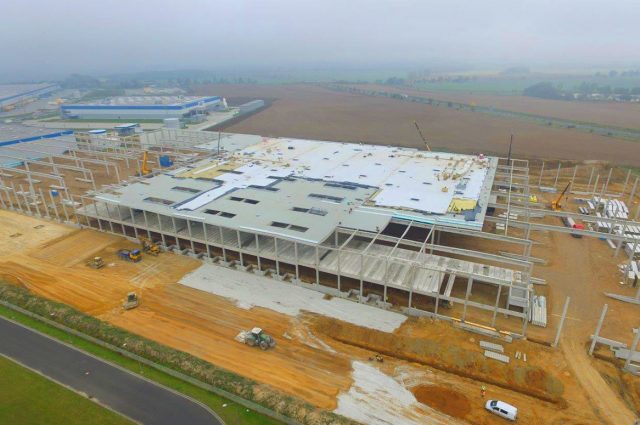 A logistics hall was built by our subsidiary Prefa-Praha near the Bavarian border in the city of Cheb in the Czech Republic. 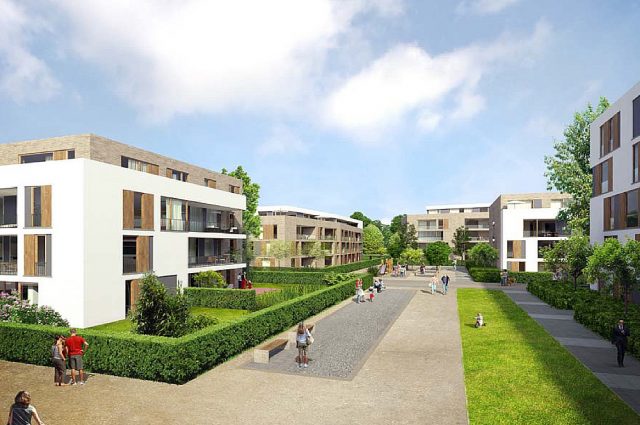 Contract for the construction of 85 residential units

The order includes the implementation for the construction of 85 residential units, a neighborhood center, a cafe, various commercial units, medical practices and an underground car park with 56 parking spaces. 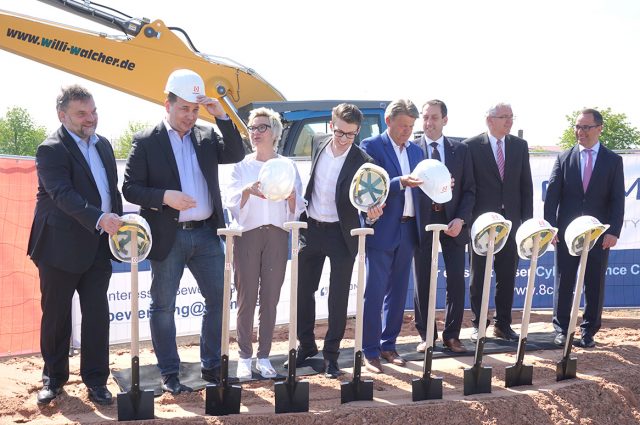 One of the most modern cyber defense centers in the world is being built by HEBERGER in Neustadt an der Weinstrasse. The new 8com GmbH & Co. KG building will offer space for over 100 employees. 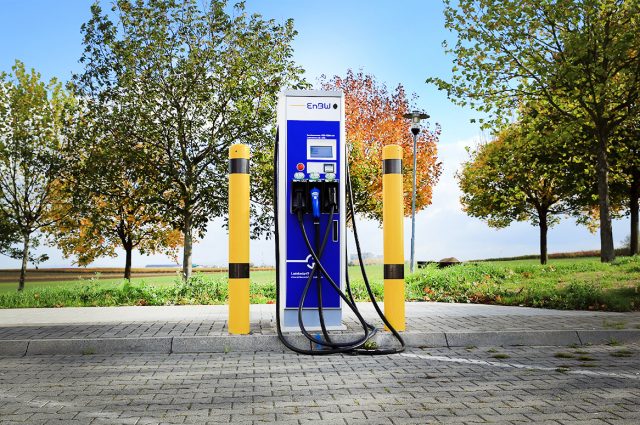 Erection of an E-fast charging station

For our long-standing customer Netze BW, we erected an E-fast charging station at the Wonnegau service station including the necessary underground and cable line work. 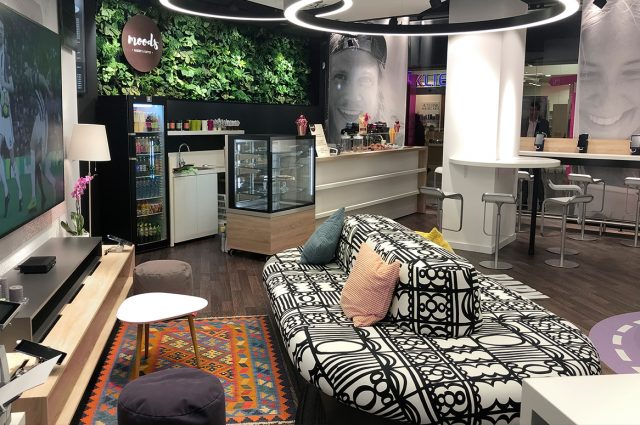 The realisation of a flagship store is always one of the most beautiful and at the same time most responsible tasks of an interior designer and shop fitter. 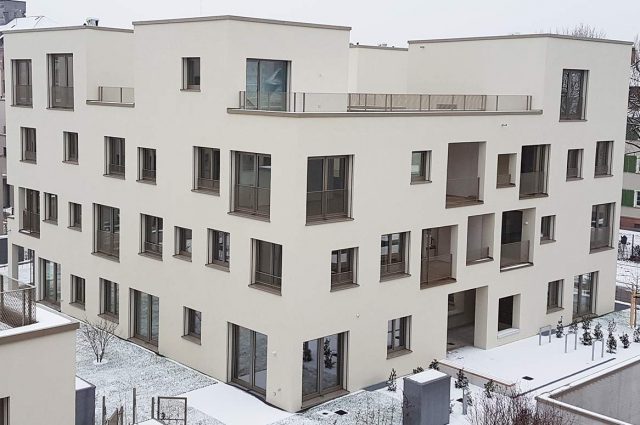 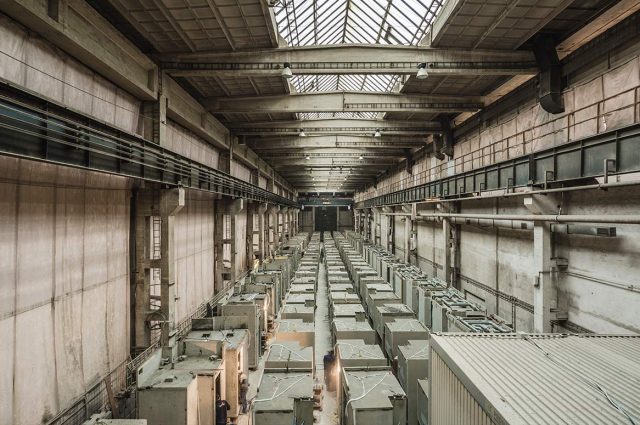 For our project in Mainz, Campo Novo, we deliver weekly prefabricated bathrooms directly from production in the Czech Republic to the Mainz construction site. 20 pieces leave our production daily. 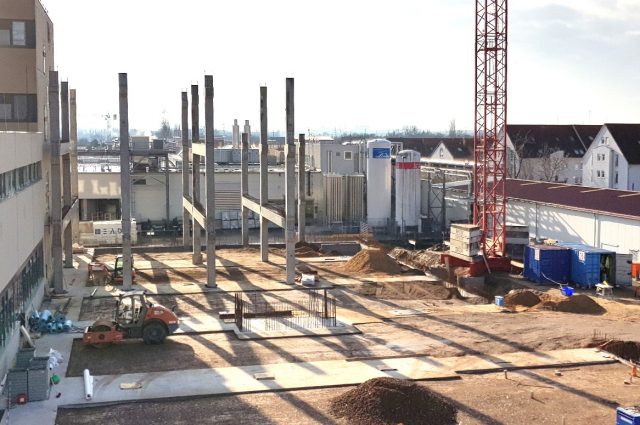 new construction of a hall in Osthofen

We have received the order for the construction of a new production building. The project is being implemented in Osthofen. 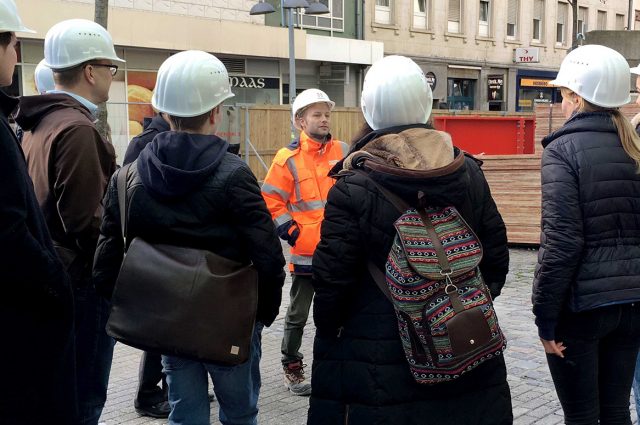 Excursion of the SRH University Heidelberg

Students of the 5. In the first semester of the SRH University of Applied Sciences Heidelberg, Real Estate and Facility Management course, we visited our Mannheim construction site.

donate instead of giving

Instead of the usual annual presents to our customers, this year our cable-line construction department is supporting social projects and charitable institutions in the area. 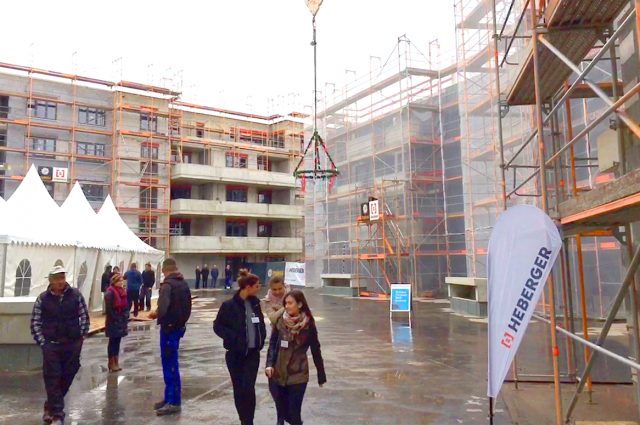 Since October 23rd. the topping-out crown hangs over the Christian Weiss settlement in the southern part of the city. After 17 months the new building in the shell is completed. 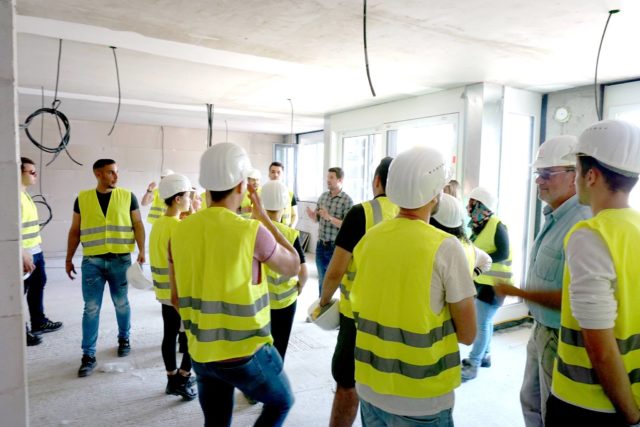 In a central location in the town of Osthofen, in the Rhineland-Palatinate district of Alzey-Worms, a residential quarter with 11 terraced houses and a total of 32 residential units is being built. 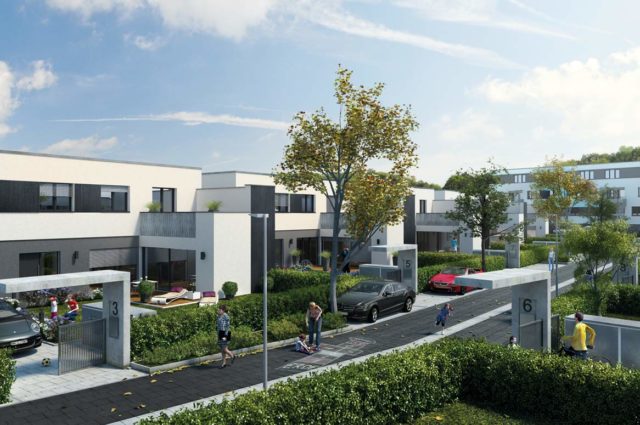 Start of the construction work

We officially introduced lean construction at the start of construction work on our building project in Osthofen. Mr. Thomas De Brouwer and Mr. Konstantin Merk were in charge. 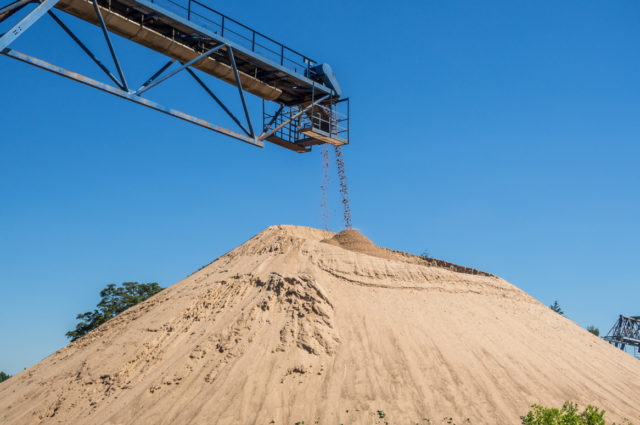 The purpose of the newly founded company MSV is the operation of the sand pit in Otterstadt and the processing of mineral waste for recycling and its trade. 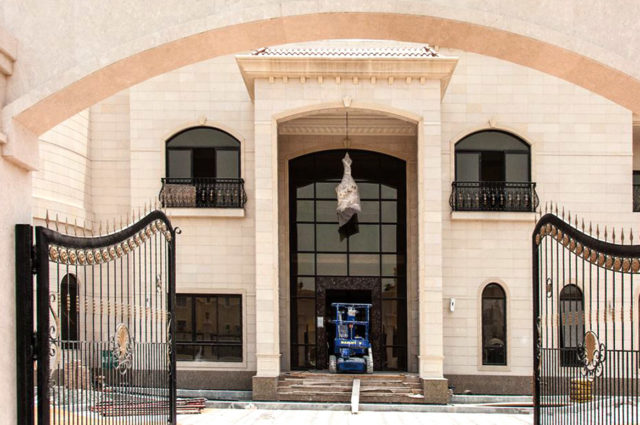 For many decades, HEBERGER has been developing and building in the region of Abu Dhabi and the Sultanate of Oman, in countries of extremes, with its subsidiary company based in Abu Dhabi. 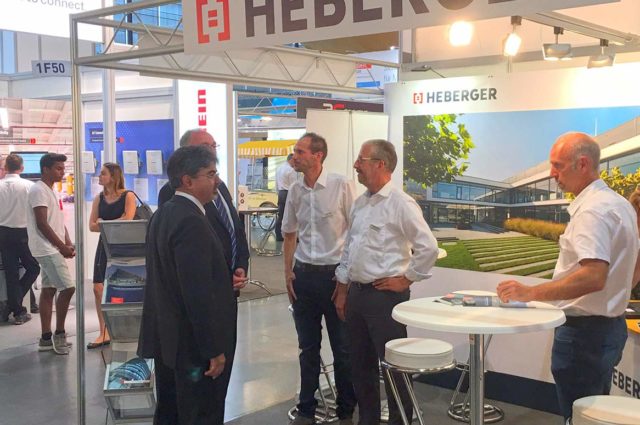 The PARKEN trade fair, which takes place once a year at the Karlsruhe Exhibition and Congress Centre, is Germany’s only trade exhibition with a parallel trade conference. 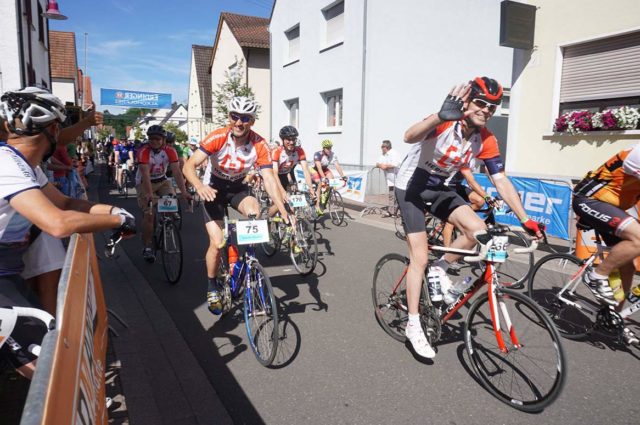 Cycling for a good cause

Already for the fifth time the SÜW-Tour took place on 10. and 11. June, which was initiated by Bernhard Bock in 2013. HEBERGER has been participating in the tour for many years. 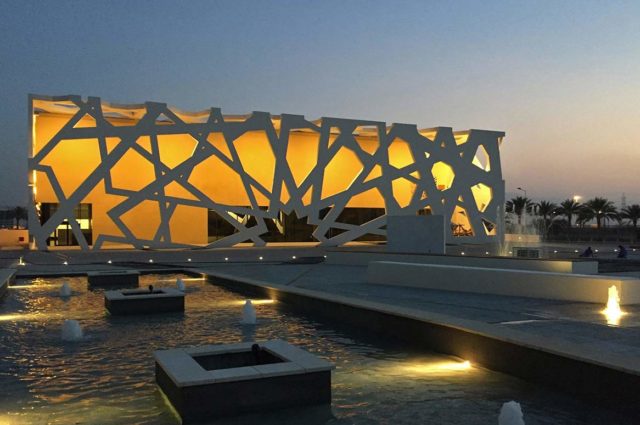 Sensationally beautiful pictures of our completed construction project from the capital of the Sultanate of Oman have reached us. The spectacular architecture continues inside as well.